Complete The Form Below And We'll Contact You ASAP!
Yes, Please Book Me In To Speak With Dr. Kaplan
* we will not spam, rent, or sell your information... *

FROM WALL STREET TO YOUR STREET!
His celebrity clientele, including members of the Trump family were so happy, Donald Trump sits on the cover of his first book LIFESTYLE OF THE FIT AND FAMOUS. From there he went on to Wall Street to be the President & COO of a NASDAQ company of which Nutrisystem was the primary asset.
WATCH: Dr. Kaplan Receives "The PINNACLE AWARD" from Fairleigh Dickinson University 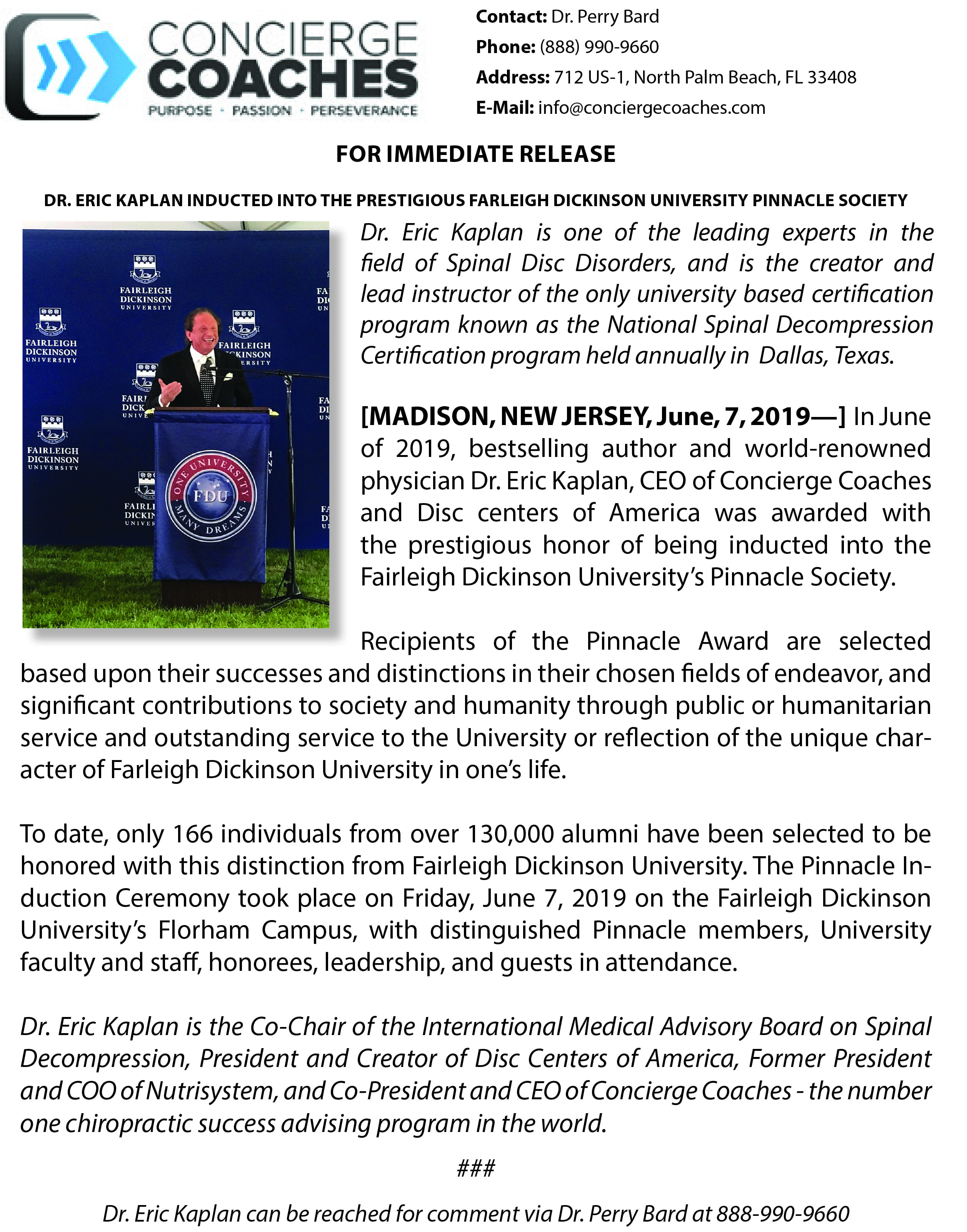 From Donald Trump to Norman Vincent Peale to Mark Victor Hansen, the famous and not-so-famous have unqualified praise for
Dr. Eric Kaplan’s insights into the behaviors that activate success.
Click To Hire Dr. Kaplan To Speak At Your Next Event
Click Here To Download The Speakers Packet 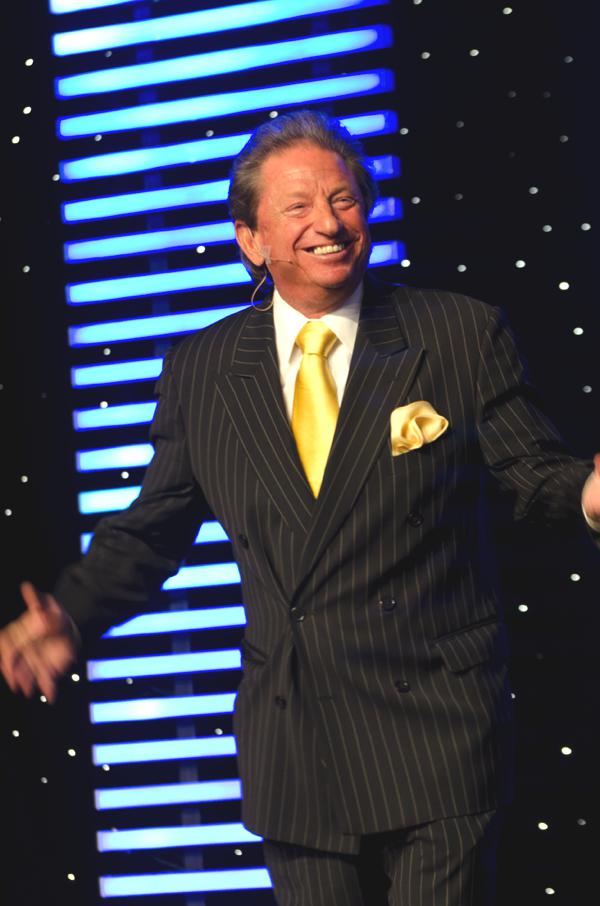 Three time #1 Best-selling author, Dr. Eric Kaplan, has been featured on the Dr. Oz show, Good Morning America, Primetime Live, Montel Williams, as well as CNBC, ABC, NBC, and Fox, has been working to change the world--"5 minutes" at a time.
Born from humble means, he went from the streets of Jersey City, NJ, to President and COO on Wall Street and acquiring and running Nutrisystem, the famous weight-loss company. Dr. Kaplan graduated FDU Madison in 1974. At FDU, he not only played Varsity basketball, he was elected Class President & Student Senator. His senior year he served as an RA, in Twombly Hall. His wife of 39 years BONNIE Kaplan is also an FDU Madison Alumni.
Presidents & business leaders like Donald Trump, (who sits atop Dr. Kaplan's first book, Lifestyles of The Fit & Famous), have utilized Dr. Kaplan as a speaker and physician, embraced his life-changing philosophies.
Dr. Kaplan began as a chiropractor owning and operating 6 clinics. He was the first Chiropractor to serve as an Advisor to The Presidents Council on Sports & Physical Fitness under President Bill Clinton. He was headlined in the USA Today for his work with surgeon General Jocelyn Elders.
After selling his clinics, he went on to Wall Street and became the founder and President of Clinicorp Medical Centers, Medical Diagnostic Imaging. His entrepreneurial skill, combined with excellent leadership and communication skills, led him to become the President, COO and board member of Complete Wellness Centers, NASDAQ traded. Where he was instrumental in the purchase and running of Nutrisystem, where he served as President, COO.
After leaving Wall Street, Dr. Kaplan has remained an internationally recognized business consultant, pioneering the likes of LPG, Inc. from France and Italy and AST from the United Kingdom and Wall Street to implementation in the United States. He later went on to become founder and president of Disc Centers of America, DCOA,  one of the nation's leading companies in non-invasive way of treating herniated discs.
He is currently CEO of Concierge Coaches, a nationally recognized consulting company AS well as CEO of DISC Centers of America, with over 100 clinics throughout the USA. He also is on the Faculty of Parker University’s Chiropractic school and teaches doctors on Disc care throughout the world.
As A Speaker, Dr. Kaplan Has Spoken For The Likes Of Donald Trump, As Well As For Presidents Of Companies Like Coca Cola, Pepsi Cola, McDonalds, Burger King, Wendy's, Kentucky Fried Chicken, Land O'Lakes, Pillsbury, Keebler, Frito Lay, And Radisson.
Click To Hire Dr. Kaplan To Speak At Your Next Event
Click Here To Download The Speakers Packet
Dr. Kaplan’s Seminars are the Winner’s Formula for Natural Health & Happiness
Lifestyle of the Fit & Famous
A Fascinating, Content-Intensive Presentation Based On Dr. Kaplan’s Book That Donald Trump Calls, “The Taj Mahal Of Health Books.”
Peak Per formance
Catapult Your Career And Your Company To The Top Of The Corporate Ladder. A Scintillating Program That Shows You How To Create A Happy, Healthy And Wealthy Company.
Upping Your Organization
A custom-tailored presentation that will teach you to diagnose and heal your company physically, mentally, and emotionally.
Personal Power
A spectacular, high-excitement presentation shows you how to create a financially, physically, and emotionally abundant life starting right now, right where you are!
Awaken the Wellness Within
The “Turn-Around Doc” Prescribes The Proven Formula That Shows You How To Have A Healthy Organization.

"I Recommend Dr. Kaplan To Anyone
Who Wants To Be The Best They Can Be”
Dr Kaplan has helped me with every facet of my business. He is an honest and caring man. Being in the NFL as a defensive end for 10 years, I have worked with agents, etc. Kaplan delivers and has helped me set up numerous health centers throughout the US.”
Duane Clemons - Cincinnati Bengals defensive end. 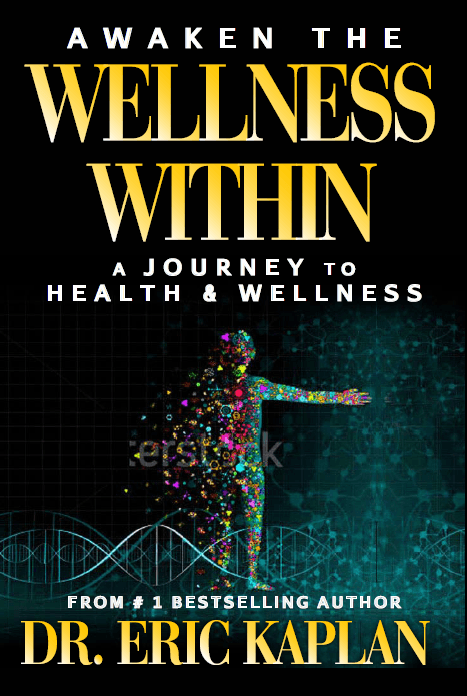 One book, recognizing the power of one cell, will empower one reader at a time to control their health destiny. This is the one book that the world has been waiting for; it allows you to control your future starting today.
Buy Now On Amazon
Check Out These Other Best Sellers! 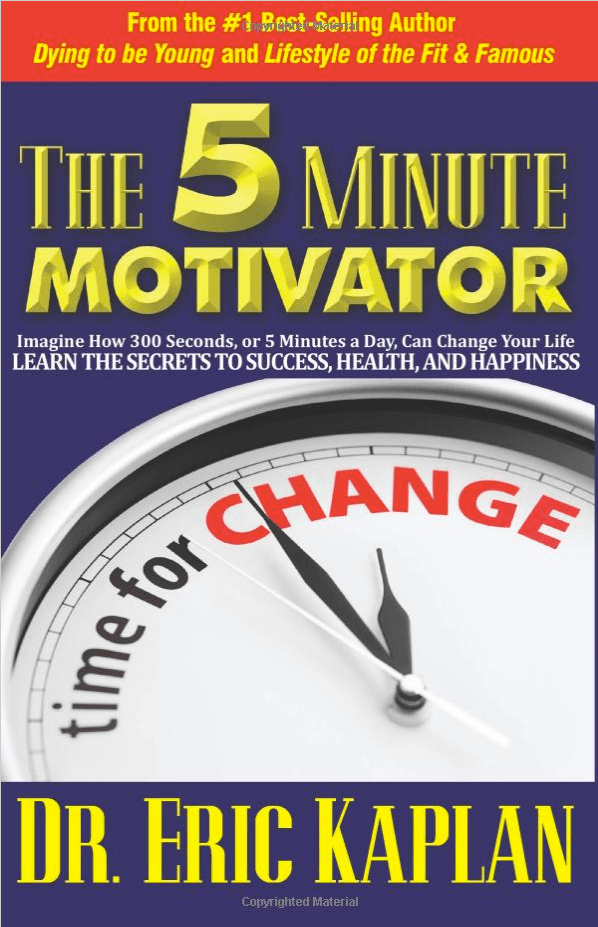 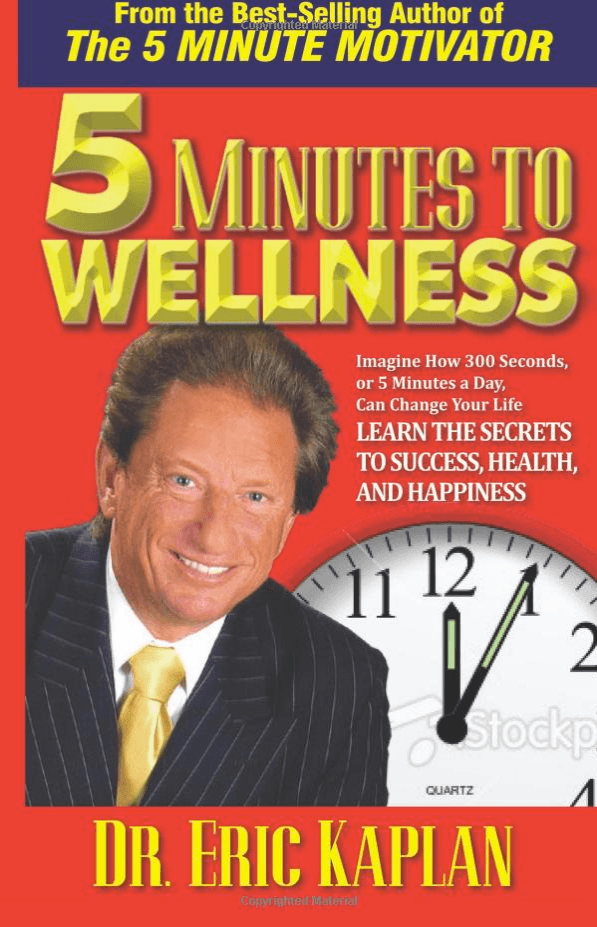 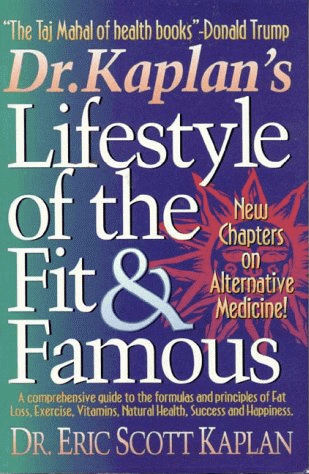 Concierge Coaches is a premier consulting company with an elite network of doctors throughout the USA that have dramatically improved their practices & personal life. Visit ConciergeCoaches.com For More Info. 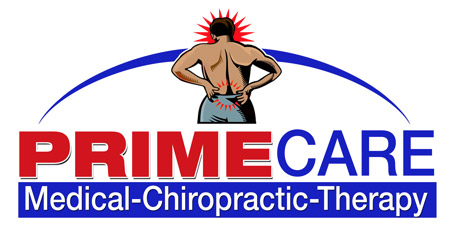 We must grow and improve our practice with the times. This is one way to avoid the insurance trap. I have watched doctors flock to cash practices. Why? You need to have a hybrid–an insurance and a cash component to your practice. Click to Learn More About Prime Care 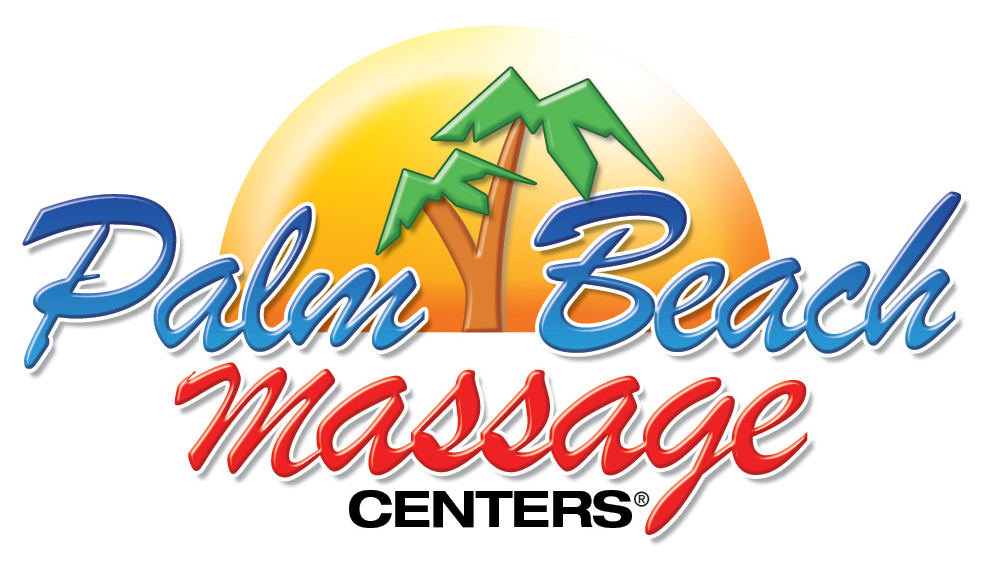 Own Your Own Palm Beach Massage Center
Where you can Relax, Revive & Recharge your BOTTOM LINE!!! Visit PBMassage.com For more information and how you can build your own successful massage business or add on a PROVEN program to your existing practice.

"a revolutionary and powerful new path toward dispelling old myths..Brilliant!”
GAME OVER!!! "AWAKEN THE WELLNESS WITHIN" has peeled back all the layers & allows both Doctors & Patients to understand the root cause of disease. Dr. Kaplan has created the "plug & play" RETURN-TO-HEALTH game plan that empowers both Doctors & Patients alike with the tools necessary to reach the HIGHEST levels of heath & wellness possible.
The real "MAGIC" is how Dr. Kaplan COMMUNICATES, CONCISELY, CONGRUENTLY, COMPLETELY & CHIROPRACTICALLY the CELLULAR message of health, (The 6 C's).
Then again that is Dr. Kaplan's GENIUS. His ability to deliver a message that resonates through every CELL in your body. "AWAKEN THE WELLNESS WITHIN" is Dr. Kaplan's CROWNING ACHIEVEMENT & a gift beyond measure for the readers fortunate enough to get there hands on this book that UNLOCKS the door to one's own health & life potential!!!!......
Dr. Perry Bard, D.C.
Dr. Perry Bard, President - CONCIERGE Brands Unlimited

When Dr. Kaplan speaks everyone listens.”
C. Thomas McMillen , Former US Congressman
“As a former member of Congress and Co-Chairman of the Presidents Council on Physical Fitness and Sports, I’ve had the opportunity to hear and utilize many speakers. When Dr. Kaplan speaks everyone listens.”
Brian Havenson
President - Nutrisystem
“If you are looking for a creative and motivating speaker who can enhance both your audience and the company’s sales and productivity, Dr. Kaplan is your Man.”
Dr. Luke Henry - SC.
“Your guidance and encouragement have been instrumental in helping me grow my practice by "serving patients better".
As you say,
Your best friends bring the best out of you".
It has been a blessing to have you as a consultant and friend".
Dr. Roger Huang - Ohio
“Thank you Dr . Kaplan for the great boot camp. I appreciate you staying later.
We are having a blast. tThanks for lunch @ TRUMP . This trip has been great .
I will tell Dr . k the same thing .
You are the best thing to happen to my business life.
If I had only met you 5 yes ago (lol).
Thank you for pushing me and giving me
all the great marketing tools.
You  really care !
Dr. Rich Lohr, Illinois
Very few instructors that I would go that distance for a third time. You make learning fun. Your enthusiasm, delivery and knowledge of the material are superior. My favorite Dr Kaplan sayings from the decompression certification;
"Be the Best!"
"Get the MRI!"
"Whoever orders the MRI is the specialist!"
Those three brief sayings that you pound home have really grown my spinal decompression practice.”
Dr. Jim Cronin-Mass.
“Just wanted to give you some feedback after our conversation yesterday.
I truly believe it's a gift and privilege to be a chiropractor, but after struggling in more recent years I began to lose my FCB in what I do.
I am convinced you are up to date on our ever changing healthcare environment, but most importantly, genuinely cared about my vision and success.
I have a regained a sense of certainty , conviction and most of all FCB that everything is possible with  Dr. Kaplan.
”
The #1 CHIROPRACTIC & BUSINESS Marketing & Management Practice Building Mastermind
Join Us At THE EVENT!
Visit: Www.TheChiroEvent.com
Click Below To Schedule Your Call
Click Here To Schedule Your One on One Consultation
Dr. Eric Kaplan
"The Turnaround Doc"
Toll Free: 888-990-9660